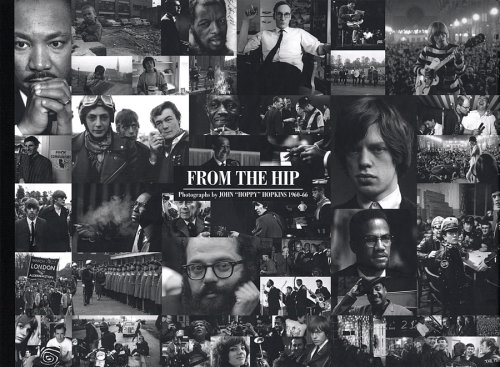 Radical British political activist John "Hoppy" Hopkins--who opened the legendary UFO, London's first psychedelic club, and published The International Times, London's first daily underground paper--arrived in London in 1960 and started working immediately as a photojournalist. Well-known for his uniquely dynamic images of the Beatles, The Rolling Stones and Marianne Faithful, Hopkins studied physics at Cambridge and was set on becoming a nuclear physicist early on. Though he focused on rock music, Hopkins also explored its roots, capturing blues and jazz greats like John Lee Hooker, Sonny Williamson, Dizzy Gillespie and Duke Ellington. For five years, he published his work in such papers as The Sunday Times, The Observer, Melody Maker, Jazz Journal and Peace News. With more than 150 images, this volume presents the most comprehensive survey of Hopkins' work ever assembled, spanning the breadth of his career from his earliest shots of musicians to his later immersion in the psychedelic scene. Hopkins stopped working as a photojournalist in 1965, and began documenting his universe: drugs and drug users, Hells Angels, mods, Beats, tattoo artists and others who left a mark on the 60s counterculture, Vietnam protests, Malcolm X and Martin Luther King, Jr. This remarkable publication documents the full spectrum of the political and cultural changes of his time.